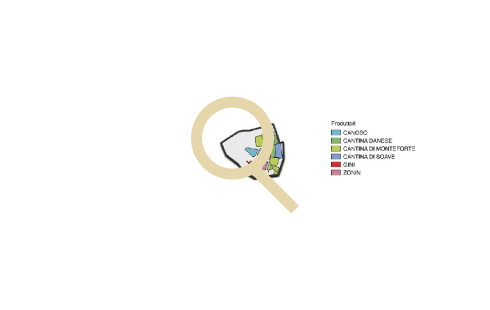 Originally also called “Monticello”, this unit is the smallest among those identified. It is, in fact, the extreme hillside of the classic area in the municipality of Monteforte d’Alpone.
Separated from the other hillsides by an inhabited area, on the map it almost appears to be a small island bordered to the south east of the Soave Classico.
The clearly basalt soils, however, define its deep ties to other areas of the territory.
They have surface soils of a dark brown color with a silty and substantially neutral clay texture. In depth, they have a reddish color with silty and a weakly acidic, clay texture.
The rocky structures are between 50 and 100 cm deep and consists of basalt rock, fragmented to compact.
The name defines its climatic identity, as it is ex- posed to the winds that come from the high valley of the Alpone.